I recently read a New York Times article, via Yahoo! news, that suggested that more and more people are finding the need to have multiple income streams. The article highlighted a few different people in their early twenties that are working more than one job. The piece told a little bit about each person and why they were working multiple jobs. Some were doing so because of debts, some were trying to save, others were unable to find full-time work.
I know it sounds strange for me to say this since I promote simple living and minimalism, but I think multiple jobs are smart. They’re also probably going to be the new normal. 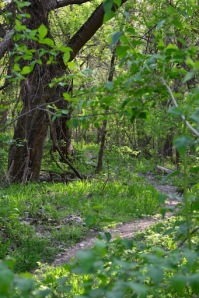 For some people, working more than one job may sound like torture, but it’s one way to be more secure. Having only one job these days is akin to putting all your eggs in one basket. It’s risky. When you have more than one way to make money, the better your chances are that you won’t find yourself broke and completely jobless.
I’ve said it before, but the old way of having one job for many years or even working at one company and retiring just isn’t a reality anymore. For the most part, companies want cheap labor and the trend is to downsize, ship jobs to other countries or call in temps or a younger work force who will work for less. Plus, people are more nomadic these days, and are more apt to swap jobs, relocate to a new city or quit their day jobs to start their own business.
Both my husband and I make money from more than one job. I know in our case our lives have improved a lot since I started freelancing and publishing my own books, and since my husband got a part-time job to supplement his freelance work. Even though I can be overwhelmed at times by what’s on my plate and I sort of feel like a workaholic, I am overall a lot happier since I began freelancing and selling books.
For one thing, I am more fulfilled. I love embracing my creative side, meeting new people, hearing their stories and networking and learning more about the community I live in. I happily give up one or occasionally both of my days off each week to work on my freelance, blogging and book writing.
Also, I worry less about living paycheck to paycheck. My day job pays the bills, if I lose my freelance or don’t sell books for a while, I know we can pay our bills with my day job.
So since the old rules of working one job then retire, or even just working one job, no longer apply, how do we apply these new rules?
We have to adapt easily. I’ve mentioned how I have to be flexible in my freelance work, I have to adjust my schedule toward the people I am interviewing, sometimes it’s hard, but it’s well worth it.
We need to be self-sufficient. If I were a different type of person, one who needed constant guidance in my work, freelancing wouldn’t be a good fit for me. Luckily, I’ve always been autonomous and a solitarian, I am the right kind of person to not only work as a writer, but as a freelancer. Creativity is key. Creative people have a better edge in today’s market, in my opinion. It’s important to not only think outside the box, but to thrive outside of it.
Look and sound the part. Speak confidently, avoid slang and if you wouldn’t wear something to church or in front of your grandma, don’t wear it in a job setting. I know it sounds like cliched advice and we want to think that people don’t judge us on such shallow terms as our appearance, but they do. For instance, a couple of times I’ve been out running errands on my days off and an interview for my freelance work has sprung up and I haven’t had the time to change out of my t-shirt and yoga pants. Both times this has happened, the people I have interviewed have told me they want to view my story before I print it. I don’t allow that, simply because most people want to be the writer AND the editor when I have let them read an article before submitting it to my editor in the past. So in essence I’m not the one writing the story, it’s the person I have interviewed. I’ve had to learn the hard way that people don’t take me seriously and doubt my credibility when I show up looking like a sloppy college kid. Please take my advice and don’t learn the lesson the hard way, like I had to. Twice.
Finally, trust in yourself. Ultimately, you are the only one who knows what you can handle and what jobs are right for you.

Writer, reader, and burgeoning gardener. View all posts by Amanda