West of St. Louis is Franklin County, Missouri, home to rolling hills and smaller, charming towns like Washington, Union, St. Clair, and Sullivan, to name a few. And in those small towns, there are revitalized areas and new developments with shops, restaurants, and places to get a craft beer.

Over the past month, we’ve explored some breweries including Point Labaddie Brewery near Gray’s Summit, Muddy Banks Brewing in Sullivan, Old Bridgeview Brewing in Washington, and 1869 Draft Room, also in Washington. 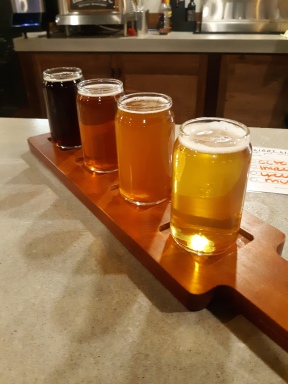 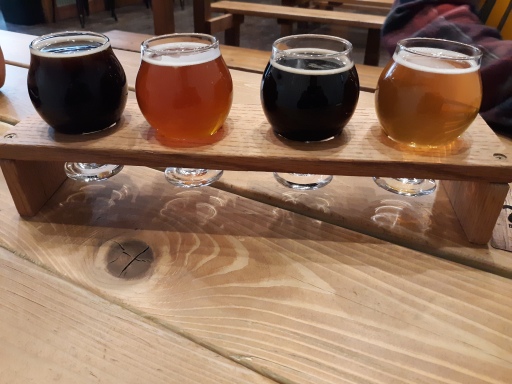 Point Labaddie offers a great outdoor space with room for groups, a fire pit, and it’s in a beautiful, somewhat wooded area near Highway 100 near Gray’s Summit. We sampled a flight during our visit and both really enjoyed a stout made with Reconstruction coffee. I may be biased because anytime I can combine coffee + beer, I’m in love!

Muddy Banks also has a great atmosphere, with an outdoor seating area perfect for listening to live music (which they have on weekends). Muddy Banks had some flavorful beers including a hazy IPA that we really liked as well as an amber that was equally delicious. This brewery is also a restaurant and we tried the smoked hot wings (highly recommend), but the smashburgers looked amazing and it’s on my list to try the next time we stop in.

At Old Bridgeview in Washington, the brewery has a small kitchen that serves pub food and appetizers (like the brats we tried for Octoberfest) as well as a selection of German-style beers like a marzen and dunkel (our favorites). Old Bridgeview is on Front Street in Washington and faces the Missouri River, and the old bridge that still stands, which is where the brewery gets its name from.

Finally, 1869 Draft Room Tavern, also on Front Street, is a restaurant that has a huge selection of craft beer from breweries around the region and the country. We sampled a flight there, but forgot to take a photo of the flight. The burgers we had were huge, juicy and delicious, and the portion is as large as it looks in the photo, so arrive starving or plan to bring some home!

Overall, we liked the brews at each location, but our favorite has been Old Bridgeview, simply because they offer a selection of German style beers, (we find them so tasty!). If you know of any other breweries we should try near Franklin or Gasconade Counties, give me a shout on Instagram or here in the comments!