I was reading an article not too long ago on Yahoo about the top cities in the U.S. that are in danger of having a water shortage in the next few years. It really got me thinking about our world, in particular, how we have built our cities and where we have built them.
Typically, cities were ‘settled’ because of their proximity to large sources of water, like lakes, rivers, oceans and bays. With the advent of technology, man began outsmarting their forefathers and began settling wherever they pleased, ie the desert lands of the West. As populations have grown in these cities, we’re seeing more of a demand on resources, from the water that is being supplied and pumped in to oil and natural gas. I am an environmentalist and it pains me to read articles such as the water shortage one I recently read. I hate to sound negative and tout a bunch of doom and gloom, but I really feel that the next crisis our country is going to face will be one concerning energy and natural resources, such as water, and possibly even food. It pains me to write that, but it’s honestly how I feel, and as I said, my intent is not to be a negative person or make this into a negative type of blog that uses scare-tactics to get people to see my point of view. 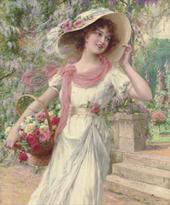 I don’t have all the answers, but I know there are small things we can all do to not only prepare ourselves for tougher times, but also to reduce our use of certain resources. Learning how to do basic survival skills, like growing your own food, is key to surviving tough times, whether those times are tough economic or otherwise. I think the recession has renewed interest in the back to basic mentality across our country and the world.
It’s really a shame that our generation as a whole has forgotten basic skills that our grandparents and great-grandparents had. Skills such as sewing, growing a garden, canning food, wood-working and craftsmanship.
From a simple living standpoint, honing these types of skills can save money and lead to freedom. Eating from your garden is better for your wallet, since it is cheaper than store bought veggies, better for the environment, since the produce isn’t being trucked in from far off places, and better for your waistline, it takes some work to plant, weed, water and pick your own food.
My goal for the coming new year is to plant a few items, and hopefully foster my green thumb. To start, I hope to harvest some herbs, tomatoes and cucumbers. I haven’t had much luck when I tried to grow tomatoes and cucumbers before, but I have done a lot of reading up on gardening since then. 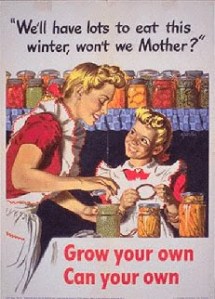 There are lots of support groups online that offer tips for off-grid living, homesteading advice and ways to live off the land, whether you live on 50 acres in the country or a condo in the city. A book that opened my eyes about the importance of eating vegetables that are grown locally and in season is Animal, Vegetable, Miracle by Barbara Kingsolver. The book is written by the well-known literature author, and is the story of how her family moved from a city in Arizona to a farm in New England and learned how to live off the land.
I am immensely interested in learning some of the old school skills that served our ancestors for centuries and plan on learning as much as I can in 2011. I’ll keep everyone posted on how my back to basic skills advance in the coming months.